As required by Ohio Revised Code effective 1/1/2016 for tax years 2016 and greater, the Village of Greenwich is releasing the mandated interest and penalty charges.

“Federal short-term rate” means the rate of the average market yield on outstanding marketable obligations to the United States with remaining periods of maturity of three years or less, as determined under section 1274 of the Internal Revenue Code for July of the current year.

With respect to unpaid income tax and unpaid estimated income tax, a penalty equal to fifteen percent of the amount not timely paid shall be imposed.

With respect to any unpaid withholding tax, a penalty equal to fifty percent of the amount not timely paid shall be imposed.

The Federal Short-Term Rate is available on the following webpage: http://apps.irs.gov/app/picklist/list/federalRates.html

Federal 1040 must be attached to your return

All forms must have a signature (joint filing as well)

Penalties may be imposed on a Municipal Income Tax Return, not filed timely, of twenty-five dollars ($25.00) EACH Month of any fraction, during which the return remains unfiled regardless of the liability. The penalty shall not exceed $150.00 for each return not timely filed.

The interest rate of 7% per annual (0.58 monthly) will be in effect for withholding tax for tax year 2021 not paid by the due date.

To use our tax forms you will need Adobe Acrobat PDF Reader (CLICK HERE) to view install instructions. 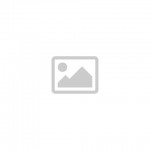