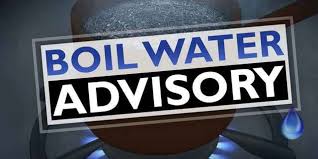 Village of Greenwich Residents – Due to a water main break a BOIL ALERT IS IN EFFECT FOR THE ENTIRE VILLAGE OF GREENWICH, and RURAL GREENWICH WATER CUSTOMERS.

What is a Boil Alert?

Under what circumstances will The Village of Greenwich issue a Boil Alert?

The Ohio Environmental Protection Agency (OEPA), through the State Primary Drinking Water Regulation, regulates water utilities and specifies instances when an advisory or notice must be issued.

A precautionary advisory must be issued in the following instances:

A Boil Water Notice must be issued under the following circumstances:

What are total coliform bacteria?

Total coliform bacteria are a collection of microorganisms that live in large numbers in the intestines of humans and animals, as well as in most soils and surface water. A sub-group of these microorganisms is the fecal coliform bacteria, the most common member being E coli. These bacteria occur naturally in lakes and streams, but if detected in drinking water indicate that the water is contaminated with human or animal waste and therefore may pose a health risk to people who drink it. The water treatment process removes these bacteria from the water, but events such as a water main break or a loss of pressure in the water distribution system may allow these bacteria to enter water lines through cracks in pipes or back-siphoning from a residential plumbing system. Boiling water vigorously for three minutes will kill these bacteria and make water safe to drink.

How will I be notified of a precautionary boil water advisory or boil water notice?

What should I do during a Boil Alert?

You should boil tap water vigorously for at least three minutes prior to using it for drinking or cooking (the minute starts when the water begins to bubble). This includes water used for brushing teeth, making ice, washing raw foods, preparation of drinks, and water for pets. Wait for the water to cool before using it, or store it in the refrigerator in a clean container. Boiling kills harmful bacteria in the water that may cause illness. You should throw away ice made during the time the advisory or notice was issued, as freezing does not kill bacteria.

Do I still need to boil my water if I have a filter system on my faucet or refrigerator?

Most point-of-use (POU) filters are designed to improve the aesthetics of water (improve taste and odor), not remove harmful bacteria. You can learn about the capability of your filter by contacting the manufacturer or NSF International, an independent testing group located in Ann Arbor, Michigan (Ph. 1-800-673-8010). If in doubt, you should boil your water.

Is the water safe for washing dishes, laundry, and bathing?

The water is safe for washing dishes, but you should use hot, soapy water (you may add one tablespoon of bleach per gallon as a precaution) and rinse dishes in boiled water. There are no restrictions on doing laundry. The water is also safe for bathing during an advisory or notice.

How long must a Boil Alert?

An advisory or notice will remain in effect until test samples show the water is safe to drink. Testing for bacteria requires 18-24 hours to complete, depending on the type of test used. The samples are incubated to actually grow bacteria, if any are present. As a result, advisories and notices will be in effect for at least 24 hours.

How will I know when the Boil Alert has been lifted?

Each boil alert is different making it impossible to predict how long it will remain in effect. It will not be lifted until testing shows that the water meets public health standards. The Village of Greenwich will issue a repeal of the advisory or notice once notified by our laboratory that the water is safe to drink.

After an advisory or notice has been lifted (if contamination of the water system did occur) you should flush household pipes, ice makers, water fountains, etc. prior to using for drinking or cooking. Flushing simply means letting the water run to ensure that no contaminated water remains in your pipes. Follow these guidelines for flushing:

There are no comments yet.

This site uses Akismet to reduce spam. Learn how your comment data is processed.